The Vimy Visitor Education Centre inaugurated in 2017 is the visitor information centre on the Vimy Memorial.

While the Vimy monument itself is of course stunningly beautiful, before April 2017 visitors were given little context at the previous information booth as to why Canadians fought and died there; why Vimy remains special to the Canadian soul; and how Vimy, and other First World War battles at which Canadians fought, forever altered Canada’s status on the world stage. The Vimy Visitor Education Centre located adjacent the Vimy Monument, inaugurated at the Vimy Centennial Celebrations in April 2017 can now will answer these questions.

The Vimy Visitor Education Centre was a project in partnership with Veteran Affairs Canada ($5 million was committed by the Government of Canada in 2013).

This project was made possible thanks to the generous financial, creative and communication engagement of these institutions.

The George and Helen Vari Foundation 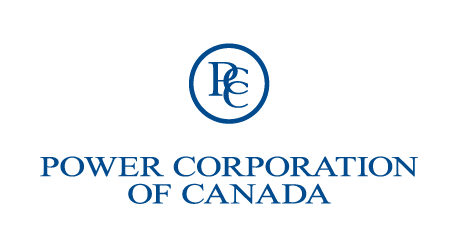 The Family of Harold LeRoy Shaw

The Family of Mary Goffart

The Family of Sergeant Murray Featherstonhaugh

Thank you to our generous sponsors whose contributions helped shaped the Centennial Park.

Gift of the Rossy Foundation

The Government of Ontario is proud to pay tribute to the Canadians heroes who bravely fought to preserve our values and freedoms. We are forever grateful for their service and sacrifice.

John and Pattie Cleghorn and Family

The Province of Alberta

remembers those Albertans who served their country in the First World War, and subsequent wars.

The Government of Nova Scotia commemorates Nova Scotians who served, and continue to serve Canada.

We shall never forget their service and sacrifice.

in memory of those who served.

Hamilton Academy of Medicine in support of Docs on Ice

Perpetuated by: The Black Watch (Royal Highland Regiment) of Canada

In memory of Helen Allen Stacey who connected thousands of needy children with adoptive parents and Col. C.P. Stacey, professor and official historian of the Canadian Army in the Second World War.

Remembered by their loving families and friends.

In memory of all soldiers who served and gave their lives for our freedom. Fasken

Donated by the Province of New Brunswick

Asseyez-vous. Enjoy the view of freedom they would insist. John Adie RFA 1914-18.

a great Canadian, whose deep understanding of history afforded him a profound appreciation of the valour and the gritty determination displayed by his countrymen at Vimy.

In memory of their valour and their bravery.

The people of Manitoba, Canada will never forget the many who fought and died for our freedom.

We would like to thank our generous donors who helped bring this memorial to life with their kind contributions.

Remembering Those Who Sacrificed Their Lives For Ours

In memory of the brave souls who fought for our freedoms. We owe you immeasurable Gratitude.

For Brave Valentine, with Love The Hyatt Family

To honour ARLINGTON CLARKE and the many brave Canadians who fought at Vimy Ridge.

In loving memory of our ancestors who sacrificed for us all.

in memory of Gunner Arthur Vickers and Private Arthur Fordham

In memory of Bill and Joan Livingston

In memory of Andrew Powell

In memory of our beloved servicemen who paid the ultimate sacrifice. Requiescat in pace.

In memory of Dr. W.R. Harwood

Dedicated on behalf of the No Stone Left Alone Memorial Foundation, to all that rest upon this sacred Canadian land in France. We encourage all and especially, the world’s youth, to gaze upon its beauty and understand that the oak tree is a symbol of Bravery, Power, Protection and Truth. Please remember their sacrifices and the strength it took to defend us. We hope all will make a pledge, when they stand before it, to remember. May they be commemorated forever and our gratitude infinite. Peace be with you.

In memory of Robert Charles Peacock

In memory of Graham Burton

We will remember them. Forever grateful, the Tattersall family and Heathbridge Capital Management

We remember Jack and Fred Evans, brothers from Parkland, Alberta, who died at the Somme in Nov. 1916

The Cadets of the Eastern Arctic.

Thank you for your Gift of Freedom.

The Knights and Dames of the Order of St. George Canada.

We Will Remember You.

in loving memory of of our grandfather Wilfrid J. Fagan

Honouring the sacrifices of University of Toronto students, alumni, faculty and staff.

Want to Support the Vimy Foundation?